A visit to Eny’s is all about the food, you would be hard pressed to find another warung, cafe, restaurant, with authentic Indonesian food such as Eny’s, and it is outstanding.
Several of the dishes are cooked on an open grill made from a half 44 gallon drum and fuelled by coconut husks, which give the most amazing flavour whether it is seafood or chicken. 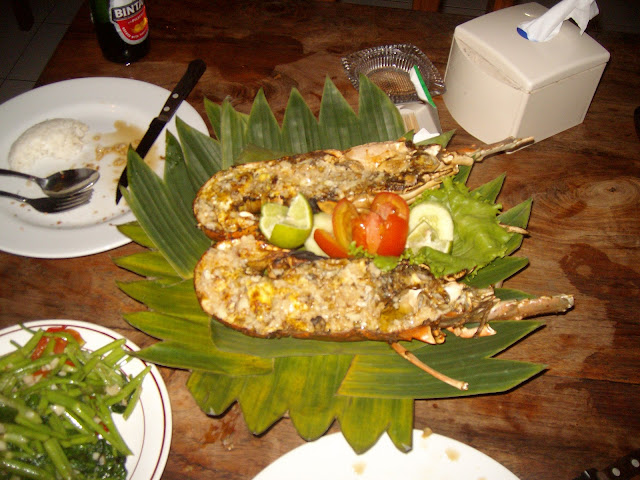 We have tried Large Prawns, Crayfish, Whole Fish, Crabs and Chicken Breasts cooked this way and it is unbelievably good.  So much so that, on our last trip to Bali, after we had taken my nephew and his heavily pregnant Indonesian wife Lina, there for lunch, Lina had cravings for the smoky prawns so bad that she rode her motor scooter from Jimbaran Bay to Seminyak by herself a couple of days later, claiming the baby wanted Eny’s prawns!  They say you can tell the good restaurants because they have local people dining in them, though I doubt not too many would have riden 30 minutes in heavy traffic to get there! 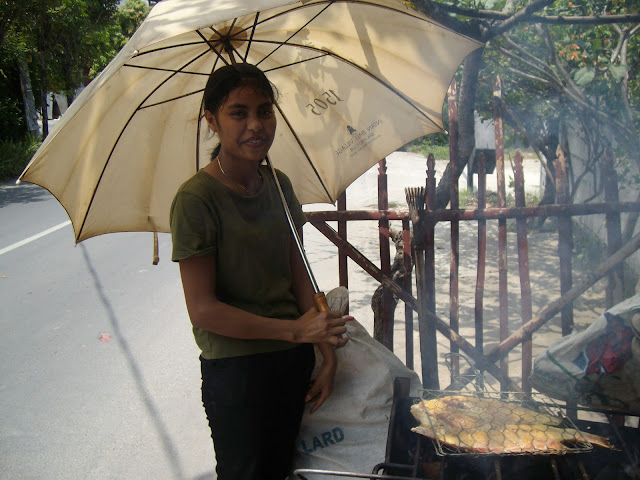 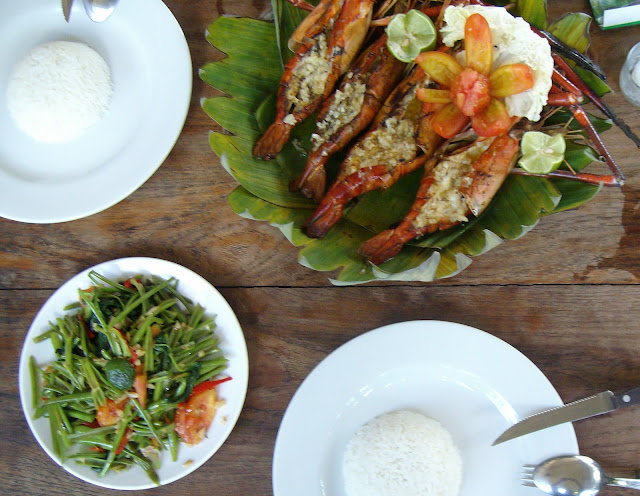 Posted by Dinner with Jack at 6:44 PM No comments: 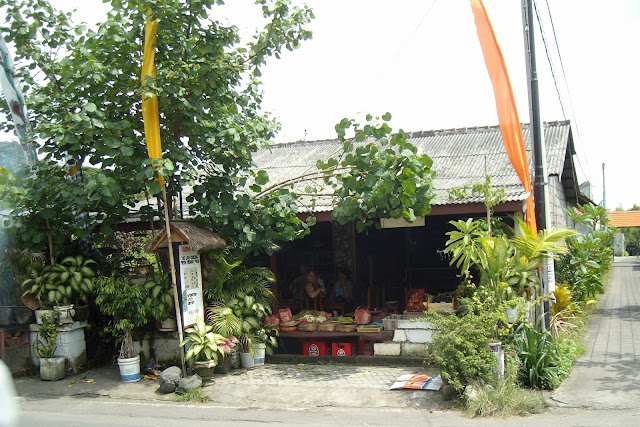 We were first introduced to Warung Eny by Jo’s sisters Dorothy.Dot and Pammy and their good friend Amanda.  Amanda is a frequent visitor to Bali and she had taken Pam there for a cooking lesson during a trip they made to Bali 2008.  Pammy was very vocal about Enys on her return and knowing we were to visit in March 2009, she made sure we knew how to get there and what to look for when we did so as we could sample Enys for ourselves. 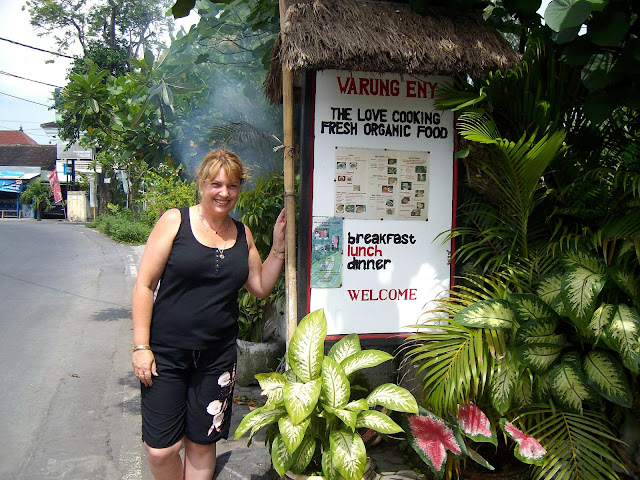 We were not disappointed, it was somewhat harder to find than we expected and nowhere near where I imagined, such were the directions Pammy gave, but our cab driver found it for us.
We were in Bali for the March long weekend, with my Mother and Father in law Joy and Graham.  The day we decided to visit Enys we shopped in and around the Melatsi St markets, Graham and I finally separating from the girls as we had had enough of the intense bargain hunting and heat.  Graham and I had decided we would walk to Enys as we were sure we were close to it, we ducked into more alleys than you could poke a stick at, drank Bintangs at bars we never knew existed (it was very hot) until we had had a gut full and reluctantly climb into a taxi for what we thought would be an embarrassing two minute ride.  Fifteen minutes later we arrived at Enys, the girls looking fresh and bright sitting there knocking back Bintangs and chatting with Eny.
Enys Warung looks a bit like a farm shed, it is built from those big industrial looking cement blocks, has a tin roof and is open to the street, bar a few tropical plants.  Eny has a fruit stall to one side, with fresh organic vegetables on offer for the locals, to the left of that is the entrance and then left of that the all important half 44 gallon drum which is used to cook the most outstanding seafood I have ever had the privilege to enjoy.  Inside there are several tables and chairs, the restaurant surprises when entering just how many they can cater for, it looks smaller from across the street than it actually is.  On the walls are hundreds of photo’s given to Eny by her many satisfied customers and of the outstanding meals they have enjoyed there.

Beyond Bali did a great story on Eny and Wayan and their fascinating Warung Eny Love Cooking School, the web version can be viewed here well worth a read.